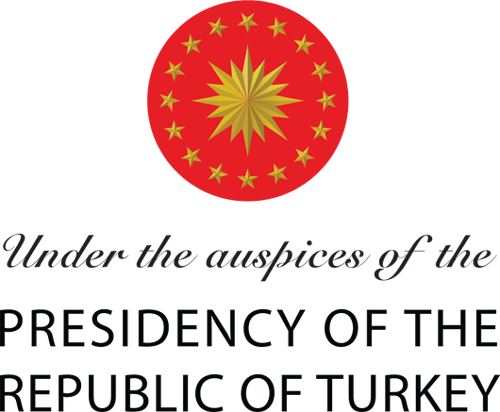 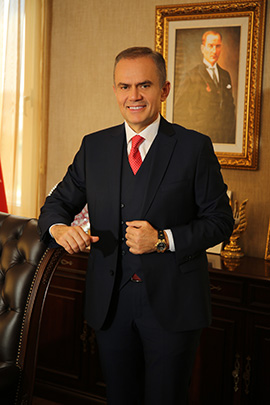 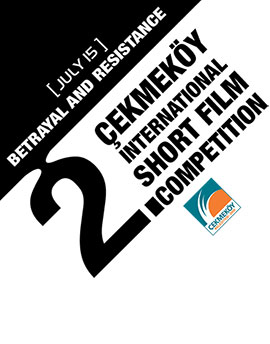 Dear Cinema Friends, Cekmekoy Municipality continues to lead to great and important works. Over the past few years, we feel proud of carrying out one more valuable projects than the others. We believe that the power of projects we are preparing originate from the fact that we are addressing to some important problems of our country or the world.

Visual arts are the most important and powerful communication, education and propaganda tools of the new century. Transfer of a feeling, a thought to the pe- ople by means of the arts such as the theater and the cinema gives both more practical and permanent results. We can ctionalize our future in a stronger way with studies carried out on these branches of the art. We see that the visual arts have more in uence on young people’s emotions and thoughts as the rising generation uses the technology extensively.

As the local authorities, we cannot remain insensitive to this issue. While sha- ping the future of our country, we are also aware that the art branches in question have an important place. For this reason, we attach importance to these studies in cultural and artistic activities.

The international short film competition “mercy and justice”, which was put into practice in 2016 has made this importance arisen as a project. With the project we have prepared, we have contributed to the short lmmakers in our country and in other countries to think about the concept of mercy and justice and to produce works in this respect. Our performance was also appreciated by our President and taken under the Presidency protection. 520 lms came from 20 countries of the world through international announcements. The gala and award ceremony of the competition took place with the participation of our President Recep Tayyip Erdogan and many other film artists.

We experienced the occupying terrorist coup attempt on July 15, 2016. A group of terrorists who entered the army and nestled in our armed forces bombarded the nation’s parliament in a way unprecedented on the earth. 241 civilians were deliberately and publicly killed. This attempt which they did with the orders they received from a homeland treasonous with the understanding of a deviant religion came to an end with the epic rebellion and resistance of this nation. On July 15, our nation wrote a new Canakkale epic, a new epic of the Independence War. And they went down to the streets, saying “if the subject is the nation, the rest is detail”. As the local authorities, we could not remain insensitive to this issue. For this reason we have prepared a short film competition titled “betrayal and resistance - July 15”. And we expect the cinema friends to prepare short lms which include this glorious resistance. We believe that every friend who prepares a short film like every individual has a 15th July story. We believe that the lms to be produced by lming these stories in cinematic language will be a meaningful heritage for our children who will serve this country in the future.

I would like to thank the project partners, the relevant Vice Presidents, the Direc- tor and the staff of The Directorate of Culture and Social Affairs, especially the Jury members who contributed to the project. Of course, the cinema artists of all ages that I believe will contribute through to their lms titled “betrayal and resistance - July 15” deserve the greatest appreciation.